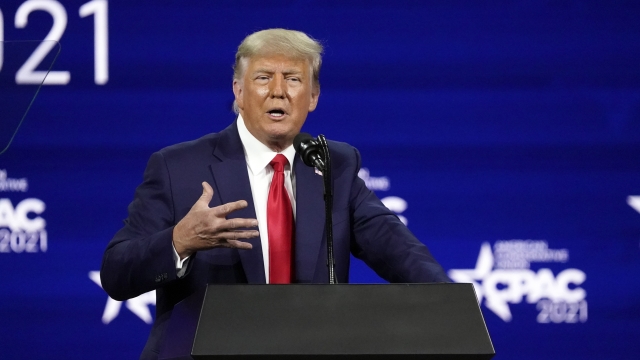 He delivered the keynote address at the Conservative Political Action Conference on Sunday.

Former President Trump was back on stage for the first time since leaving office.

He delivered the keynote address at the Conservative Political Action Conference yesterday. He called for unity in the Republican Party and teased a potential 2024 run for president. Some Republicans said he was still the face of the GOP.