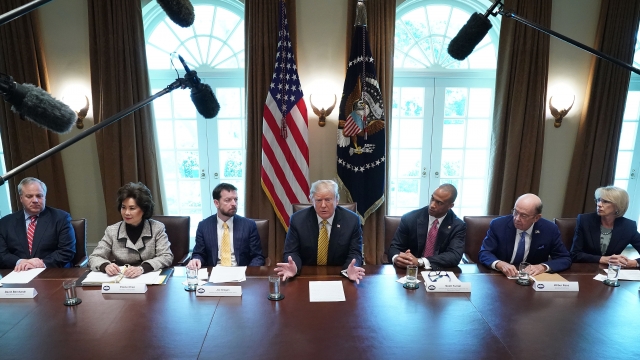 President Donald Trump is asserting executive privilege over documents that were subpoenaed by the House oversight committee.

Lawmakers are looking into how and why the Trump administration decided to add a citizenship question to the 2020 census. In April, the committee subpoenaed Attorney General William Barr and Commerce Secretary Wilbur Ross for documents related to that decision.

Thousands of pages have been turned over, but the committee's chairman, Rep. Elijah Cummings, criticized what was released. He said many of those documents were already public and others were completely redacted.

Lawmakers continued to seek a specified set of key documents. But now that the president has claimed executive privilege, Barr and Ross have legal grounds to defy the committee's subpoenas.

The timing of the White House's move undercuts a scheduled contempt vote on the Hill. Lawmakers were on track to hold Barr and Ross in contempt of Congress for not cooperating with the oversight committee's subpoenas.