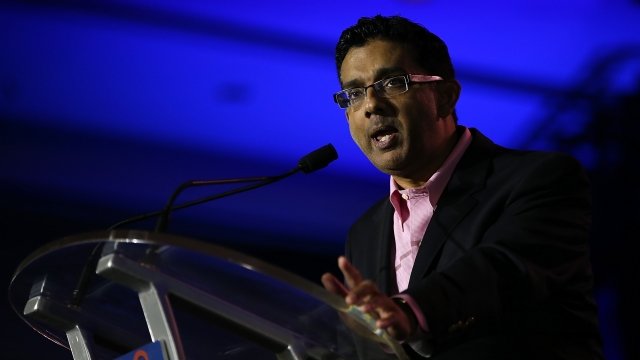 President Donald Trump announced Thursday that he plans to grant a full pardon to conservative commentator and filmmaker Dinesh D'Souza.

D'Souza was sentenced to five years of probation — part of which included confinement to a community center — and a $30,000 fine.