GOP Partners with Trump to Win Back House, Senate 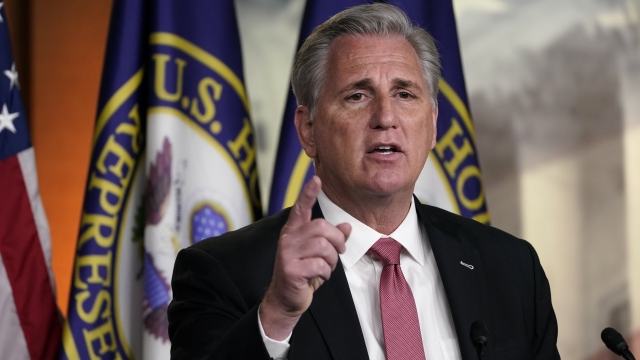 As President Biden works to reverse policies from the last White House, it appears the Republican Party will remain the party of Trump.

The former president has agreed to help Republicans try to take back the House and Senate in 2022.

The insurrection at the Capitol and the second impeachment of Trump further divided the party — with some GOP lawmakers already facing primary challenges for supporting impeachment.

McCarthy said in a statement: “A united conservative movement will strengthen the bonds of our citizens and uphold the freedoms our country was founded on.”

Its statement focused more on Trump — saying "his endorsement means more than perhaps any endorsement at any time."

Yesterday's meeting happened after McCarthy reportedly angered Trump when he said this on the House floor earlier this month:

"The president bears responsibility for Wednesday's attack on Congress by mob rioters. He should have immediately denounced the mob when he saw what was unfolding. ... And the president's immediate action also deserves congressional action, which is why I think a fact-finding commission and a censure resolution would be prudent."