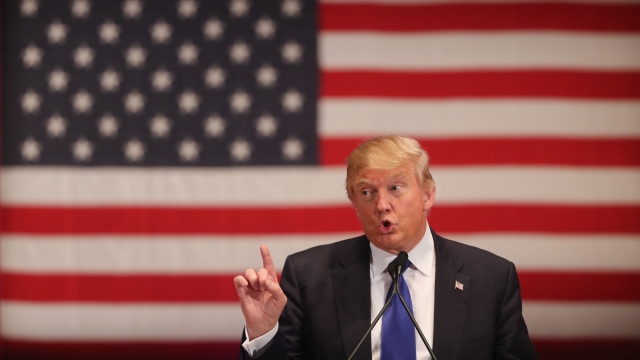 Millions of dollars Trump says he raised for veterans charities are unaccounted for, and Trump's adviser for veterans issues doesn't seem to know where that money is.

Al Baldasaro, a New Hampshire state representative, has been stumping for Trump in his state and on the campaign trail. He's kind of Trump's man on veterans affairs.

He told The Daily Beast the fact a lot of charities haven't gotten money is "not high on [his] priority list." And he deflected a little, saying he's not necessarily the lead adviser on veterans issues. He did call himself the "only one [who] talks about veterans for Trump," though.

The Daily Beast reports about half of that $6 million is missing. Reporters have been asking about the money since early March.

Some veterans groups, like Texas-based 22Kill, do say they got funds from Trump's January fundraiser. As for when others will get theirs is a roughly $3 million question.

This video includes clips from Right Side Broadcasting, YouTube / GraniteGrok and 22Kill and images from Getty Images.