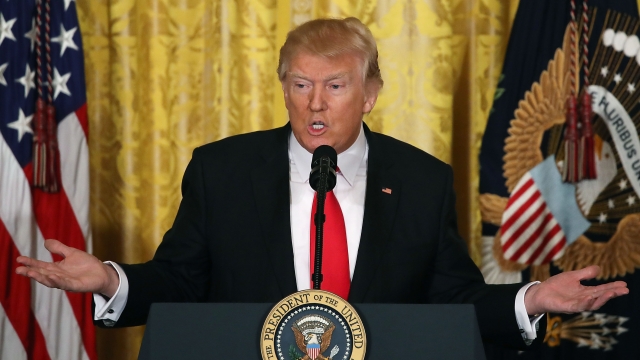 After the 9th U.S. Circuit Court of Appeals froze his executive order on immigration, President Trump announced he will scrap the travel ban and start over again.

In a press conference, Trump said he plans overhaul the order to amend parts of it the court had an issue with.

"The new order is going to be very much tailored to what I consider to be a very bad decision," Trump said in a press conference.

In its court filing, the Trump administration said the new order "will clear the way for immediately protecting the country rather than pursuing further, potentially time-consuming litigation."

Trump denied anything was wrong with the order or the way it was implemented, blaming third parties for the ban's chaotic rollout.

"We had a very smooth rollout of the travel ban, but we had a bad court," Trump said.

"You had Delta with a massive problem with their computer system at the airports," Trump said.

"I said this to my people: 'Give them a one-month period of time.' But Gen. [John] Kelly, now Secretary Kelly, said, 'If you do that, all these people will come in.' ... Now, if I would have done it in a month, everything would have been perfect," Trump said.

Green card holders were detained, and law enforcement officials were unsure of what to do with travelers who were in the air as the order was signed.

The president said the new executive order should be done sometime next week.