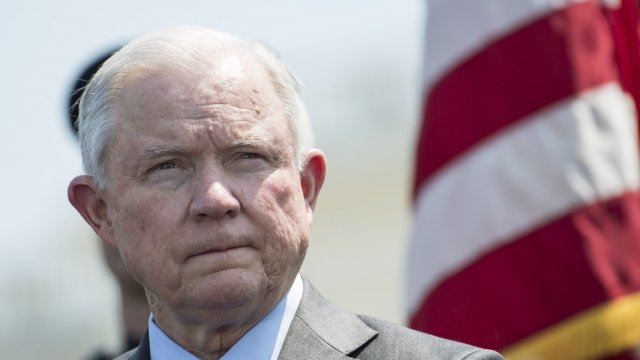 SMS
Trump Administration Says It Won't Defend Key Part Of The ACA In Court
By Ethan Weston
By Ethan Weston
June 8, 2018
The decision comes after 20 states sued the federal government in February arguing the individual mandate was unconstitutional.
SHOW TRANSCRIPT

The Trump administration has decided not to defend key parts of the Affordable Care Act in court.

Attorney General Jeff Sessions told congressional leaders that despite a Justice Department tradition of defending legislation, this was a rare case and his department wouldn't defend the individual mandate that requires people to have health insurance.

The decision comes after Texas and 19 other states sued the federal government in February. They claim the mandate was rendered unconstitutional following a provision in the new tax law removing penalties for not having health insurance.

If the courts accept the argument, it would nullify a key provision in the law protecting people with pre-existing conditions — essentially allowing insurers to deny coverage to those people again.

And the decision potentially sets up a fight between states. California and 15 other states stepped in to defend the law Thursday.