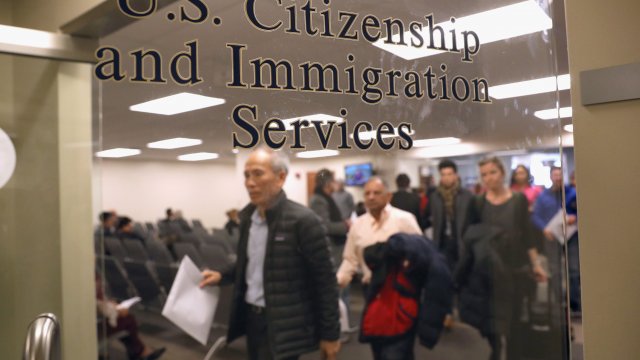 The Trump administration has reinstated a program that lets some undocumented immigrants with serious medical conditions stay in the U.S. temporarily while they receive treatment.

The Department of Homeland Security informed the House Oversight Committee Thursday that it would once again start considering applications for the so-called deferred action program. The Trump administration abruptly ended the program last month.

Undocumented immigrants in the program have to ask for a renewal of "deferred action" protections every two years. That lets them stay in the U.S. while they or their family members receive life-saving medical treatment.

USCIS says it gets about 1,000 of these requests a year. But on Aug. 7, it ended the program without notice and said it was no longer taking renewal requests. The agency sent letters to immigrants who were applying for renewal saying they had to leave the U.S. within 33 days or face deportation.

The decision sparked outrage across the country, and lawmakers urged officials to reconsider. USCIS responded by reopening about 400 requests that were pending on the date the program was ended. But Thursday's announcement appears to be a full policy reversal.