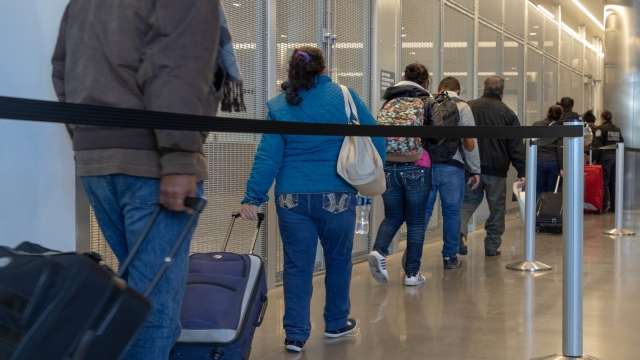 It could become more difficult for tens of thousands of migrants to seek asylum in the U.S. if a new regulation proposed by the Trump administration goes into effect.

The draft rule released by the Departments of Homeland Security and Justice is set to be published in the Federal Register on June 15.

The proposed regulation expands a ban introduced last year by the Trump administration, which requires asylum-seekers traveling up through Central America to apply in the first safe country they pass through before they can seek refuge in the U.S. The draft rule said exceptions would be made for victims of human trafficking and migrants whose asylum applications were denied by a relevant third country.

The proposal would also give lower-level asylum officers the authority to decide if an asylum application is "frivolous." Currently, immigration judges and the Justice Department's Board of Immigration Appeals are the only ones who can make that decision.

The draft rule would let the U.S. stop accepting asylum applications from migrants who say they're being targeted or threatened by gangs, terrorists or "rogue" government officials. It would also red-flag migrants with criminal convictions and those who've failed to pay taxes.

But immigration advocates disagree. An official with the American Immigration Council told CNN, "The goal of this asylum regulation ... is to make asylum impossible to win."

The public will be given time to comment on the draft rule before the Trump administration will start to implement it.