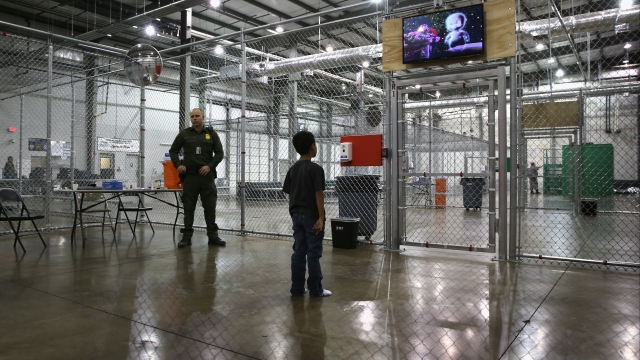 The Trump administration has been given a deadline to identify migrant children who were separated from their families at the U.S.-Mexico border.

On Thursday, a federal judge in California said the government must complete the identification process by Oct. 25. That's about six months away.

The Health and Human Services Department initially disclosed that more than 2,700 children were separated from their parents or guardians under the Trump administration's "zero tolerance" border policy.  Most of these children have already been reunited with their families.

But the agency's inspector general's office reported in January that there are likely thousands of additional separated children that the government doesn't have a count of.

In a court filing earlier this month, lawyers for the Trump administration said it could take as long as two years to identify all the separated children. That's because officials would need to sift through records for roughly 47,000 unaccompanied minors who were taken into government custody to try and determine which of them were most likely separated from their families.

The American Civil Liberties Union objected to that plan, and said it wanted the identification job done in three months.

The judge's six-month timeline is reportedly a compromise. He did say he could modify his deadline at a later date for a "showing of good cause."