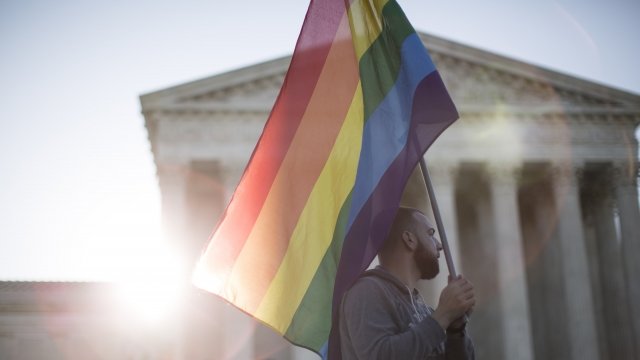 The Trump Administration will no longer approve visas for umarried same-sex domestic partners of foreign diplomats, as well as officials and employees of the United Nations and NATO.

As of Oct. 1, NATO and G visas will only be given if the same-sex couple is legally married in their country of origin. That's the current rule for heterosexual partners.

A State Department spokesperson told NBC News the decision is “to help ensure and promote equal treatment” for all visa applicants.

But the policy could pose a major problem for some diplomats and employees because in many countries, same-sex marriage still isn't allowed, with less than 15 percent of countries in the world recognizing it as legal.

Unmarried couples have until Dec. 31 to submit proof of marriage. If they don't, their spouse will be expected to leave the country in 30 days.