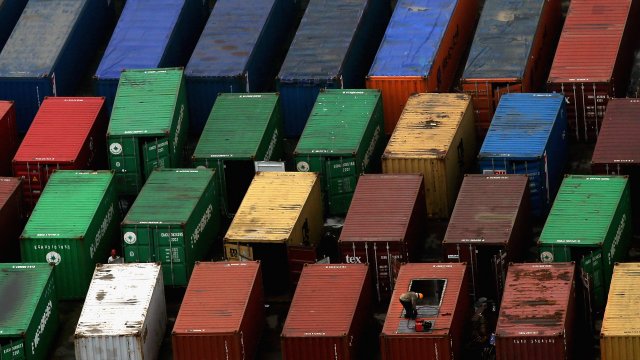 The Trump administration is scrapping India's and Turkey's special trade privileges because the countries "no longer comply with the statutory eligibility criteria."

U.S. Trade Representative Robert Lighthizer made the announcement at the direction of President Donald Trump. The president announced the plans in a letter to Congress.

India and Turkey were part of the U.S.'s Generalized System of Preferences program for developing countries. The program allows certain products to enter the U.S. duty-free, but only if the beneficiary countries meet certain criteria established by Congress. Countries must provide the U.S. with equitable and reasonable market access and respect internationally recognized worker rights, among other criteria.

Lighthizer said in a statement that India failed to give the U.S. assurances that it would provide equitable and reasonable access to some of its markets. And he said Turkey was no longer eligible for the program because "it is sufficiently economically developed."

India is reportedly the largest beneficiary of the GSP program. The country received exemptions on $5.6 billion worth of goods in 2017.

India and Turkey can't officially be removed from the GSP program for at least 60 days, after Congress and both countries' governments are notified.