U.S. Seeks To Cut Number Of Refugees Accepted For Resettlement 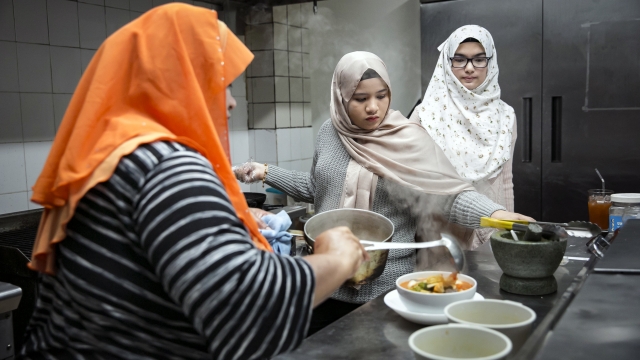 The Trump administration has proposed cutting the number of refugees accepted into the U.S. through the United States Refugee Admissions Program.

The Departments of State, Homeland Security, and Health and Human Services sent a joint proposal to Congress on Thursday. Under the proposal, 18,000 refugees would be accepted for fiscal year 2020, down from 30,000 for 2019.

In a press release, a State Department spokesperson pointed to the backlog in U.S. immigration courts, saying, "it would be irresponsible for the United States to go abroad seeking large numbers of refugees to resettle when the humanitarian and security crisis along the southern border already imposes an extraordinary burden on the U.S. immigration system."

The proposal prioritizes people from Central America's Northern Triangle, those facing persecution for their religious beliefs, and Iraqis who have provided assistance to the U.S. government.

The cut isn't as drastic as some had expected. Multiple outlets reported the administration was considering cutting the number of refugee admissions by half, more than half, and potentially down to zero.

In a statement, the executive director of the National Immigration Forum argued the proposed cap would "further undermine the U.S. refugee resettlement program, hurt the network that helps refugees integrate, and damage our nation's standing in the world."

Now that Congress has the proposal, lawmakers will consult with administration officials before sending a final determination to President Donald Trump's desk for his signature.