Meet The Two Newest Additions To The Trump White House 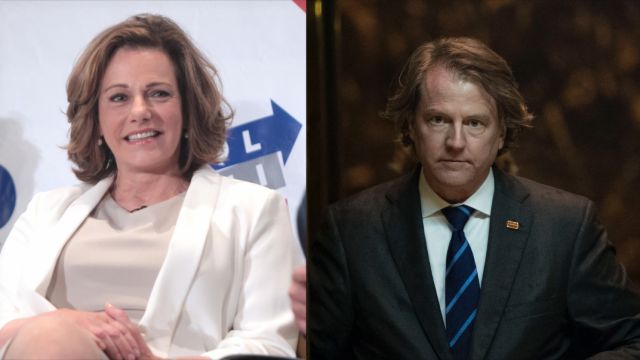 McFarland worked in the Defense Department during the Nixon, Ford and Reagan administrations. She's better known these days as a national security analyst on Fox News.

McFarland will be serving under Trump's national security adviser, Michael Flynn, who tweeted out his congratulations.

And Trump's new White House counsel is a lawyer and a former chair of the Federal Election Commission. McGahn served as a legal adviser to Trump during his presidential campaign.

Trump's team notes McGahn specializes in government ethics, which could be useful for untangling the potential conflicts between Trump's sprawling business interests and his administration.

Neither of these appointments require confirmation by the Senate.