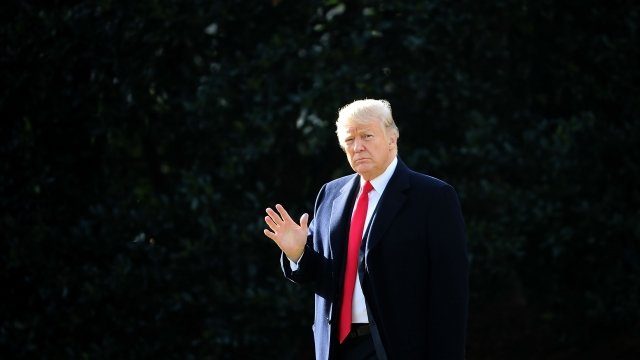 President Trump accused Pakistan of "lies & deceit" and said the country gives "safe haven to the terrorists we hunt in Afghanistan."

Government and military leaders in Pakistan held an emergency security meeting Tuesday to discuss the Monday tweet. In it, Trump accused the government in Islamabad of "lies & deceit."

Trump Touts His 2017 Deregulation Efforts, But Experts Are Skeptical

The Trump administration says it will save $8.1 billion in lifetime net regulatory costs, but experts don't know where those savings come from.

As of Tuesday mid-morning, Pakistan's government had yet to issue a formal response. U.S. Ambassador to Pakistan David Hale was summoned Monday to the foreign ministry to explain Trump's comments.