'Slime Eels' Turned An Oregon Highway Into A Big Mess 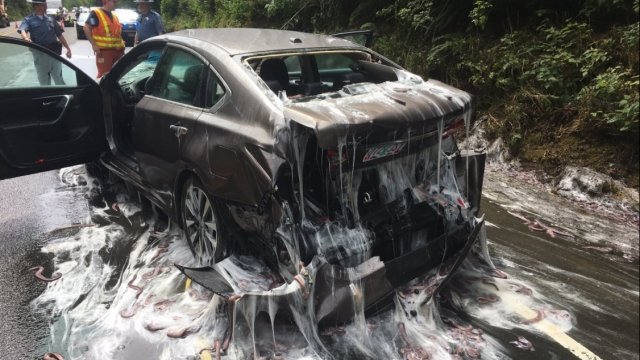 Drivers in Oregon cruising along one of the state's major highways were urged to use caution because — get this — a truckload of eels spilled onto the road.

A local news outlet says the truck was carrying 7,500 pounds of live hagfish — aka "slime eels."

The eels, which were on their way to Korea, were divided into containers on the truck. It reportedly overturned after the driver hit the brakes to stop for construction work along a local highway.

The creatures get their nickname from the slime they produce to ward off predators. They release it when stressed. 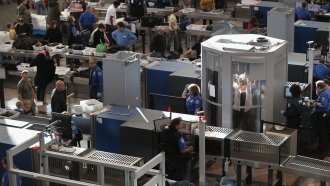 TSA's Latest Unusual Security Find Is Quite The Catch

Slime could be seen coating the highway and the cars along it Thursday, making a messy situation even more disgusting.

Crews used hoses and bulldozers to push the eels off the road.