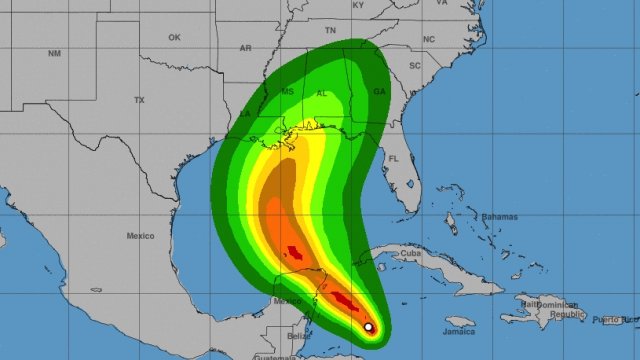 A tropical storm east of Mexico is headed for the Gulf Coast.

Though it's unusual for multiple storms to hit the same spot in the same season, Zeta will be a record-breaking fifth named storm to make landfall in the area this year. It's this season's 27th named storm, which ties 2005 for being the most active hurricane season on record.

The area is still recovering from Hurricane Delta which hit earlier this month. It put 400,000 households out of power and left roads flooded, animals displaced and power lines down.

Louisiana Governor John Bel Edwards issued a statement, saying, “It is unfortunate we face another tropical threat this late in a very active season. We must roll up our sleeves, like we always do, and prepare for a potential impact."