Another Hurricane Could Be Headed Toward The Caribbean 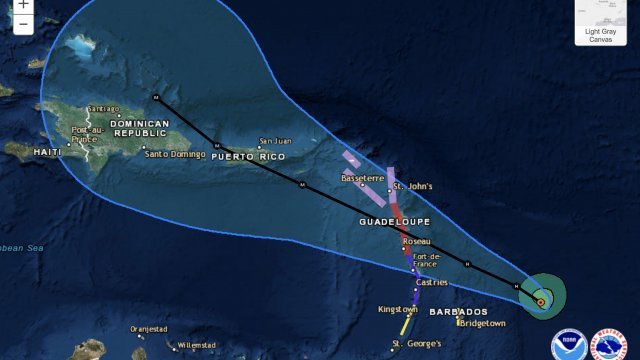 It's been less than two weeks since Hurricane Irma tore through the Caribbean and devastated the region, and forecasters say another storm could follow its path.

Maria reached tropical storm status in the Atlantic on Saturday and is expected to become a hurricane by Monday night, according to the National Hurricane Center.

Maria is expected to hit some of the islands that are still reeling from Hurricane Irma.

Irma is the strongest Atlantic storm on record. If projections for Maria are accurate, this would be the first time two major hurricanes have passed so close to the Virgin Islands in the same season.

It's still too early early to know if the storm will reach the U.S.