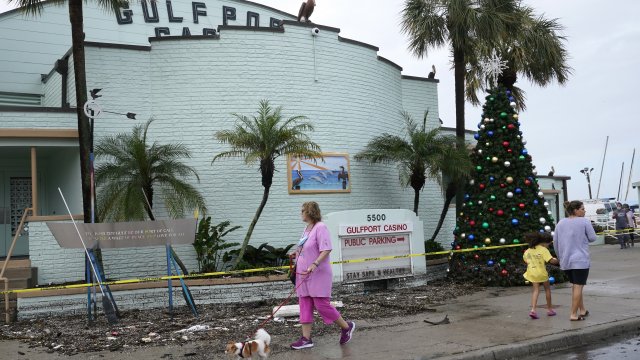 Much of the Tampa Bay was under a storm surge warning Thursday morning after Tropical Storm Eta made landfall as a tropical storm over southwest Florida.

The storm dropped heavy rain with winds up to 50 miles per hour.

At least one person was killed when he was electrocuted in standing water.

Eta first made landfall last week in Central America but has persisted until now, a sign of this year's record-breaking hurricane season.

According to the National Hurricane Center, Eta is predicted to move northeast across Florida and dissipate over the Atlantic by the weekend.