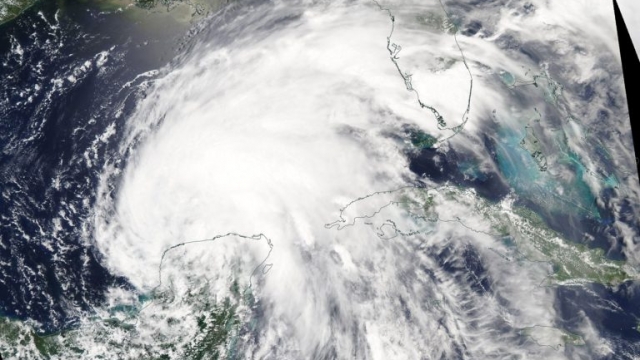 Tropical Storm Cristobal is expected to make landfall in Louisiana Sunday, as the storm continues to build along the Gulf Coast.

Over the last several days, Cristobal has seen sustained winds of up to 50 mph and storm surge warnings have been issued in Alabama, Florida, Louisiana and Mississippi.

On Thursday, Louisiana's governor declared a state of emergency for people to begin preparing for the Gulf storm. Cristobal was blamed for kicking up a tornado in Orlando, Florida on Saturday that damaged apartment buildings and displaced 50 people from their homes.

Going into Monday, Cristobal's heavy wind and rain will be felt from East Texas to Florida, and some states may see flooding.

Cristobal is the third named storm of the hurricane season, though it isn't expected to grow into a hurricane and will remain a tropical storm.