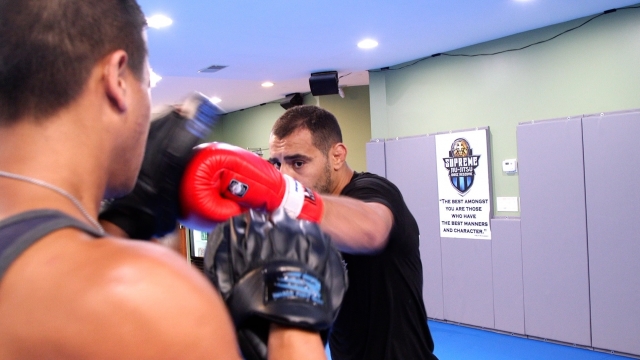 For a number of social media influencers the main event is in the ring.

Controversial YouTuber Logan Paul — known for 20 million plus subscribers — fought retired boxing legend Floyd Mayweather Jr. in an exhibition match. His brother, also an internet celebrity, is set to fight an MMA fighter in the next few days.

Paul said, "This fight is so much greater than me."

Even YouTubers and TikTokers have battled it out on the ring. When influencers jump into the fighting realm what will it do for the sport?

"I would say I have mixed feelings about it," kickboxer Andrea Tan said. "It's great because you have more attention on the sport, more spotlight so that's fantastic, but it could be dangerous because influencers might think they are all boxers and all fighters. And if it's not done in the right setting, for example a gym, there could be some dangerous consequences."

Coach James Waller thinks this could be a gateway for regular people to lace up their gloves.

"Boxing is just the tip of the iceberg," he said. "And then they start to learn Muay Thai and then Jujitsu and they're like, 'I want to do more and more of it.'"

While mixed martial arts is popular in America, boxing viewership has declined. Influencers can inject much-needed viewers to help turn a profit. The Logan Paul vs Mayweather fight brought in 1 million pay per view buys. No winner was announced, but Mayweather reportedly made at least $40 million.

Auggie Finley is not just a TikTok influencer, but a kickboxing coach and competitive amateur fighter.

"I think it offers great entertainment," he said. "But that's really the beef of it. That's really all that it really offers. It doesn't necessarily give anything to the sport in any way."

Kickboxing is a lot harder than you'd think and if not done correctly you can get injured.

"They can actually get hurt. They may be getting paid a lot of money or maybe they may not be for the amount of risk there is," he said. "There's a lot of courage that comes in with stepping in a ring, especially if they are a celebrity and they have to be in front of thousands of people and they don't do this on an everyday basis."

Adil Benjilany, is a professional MMA fighter who won his last fight.

"It's all a game for these guys until somebody is going to get hurt for real and then they're going to realize it takes a lot to be a fighter," he said.

Benjilany has been kickboxing for 18 years. He says the Paul brothers do have some fighting experience, so they chose their fights wisely, but for newbies muscling their way in – a warning.