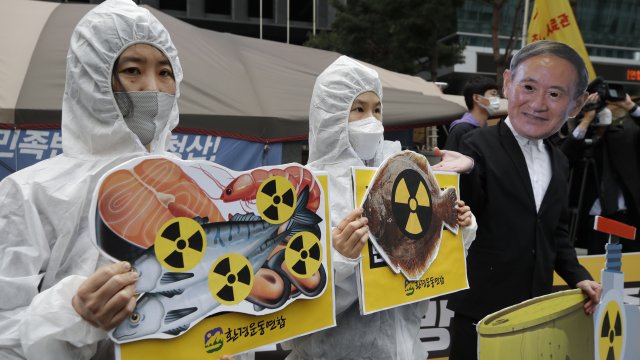 SMS
Treated Fukushima Wastewater To Be Released Into Sea
April 13, 2021
​The water was contaminated in 2011 in the Fukushima nuclear disaster.
SHOW TRANSCRIPT

Japan announced plans to release treated wastewater from the Fukushima nuclear plant into the sea. The process will take two years.

The water was poisoned in 2011 after the devastating earthquake and tsunami.

Japan insists the water is safe and got support from the International Atomic Energy Agency, but China and South Korea are obviously concerned.

Japan plans to release around 1 million metric tons of water.