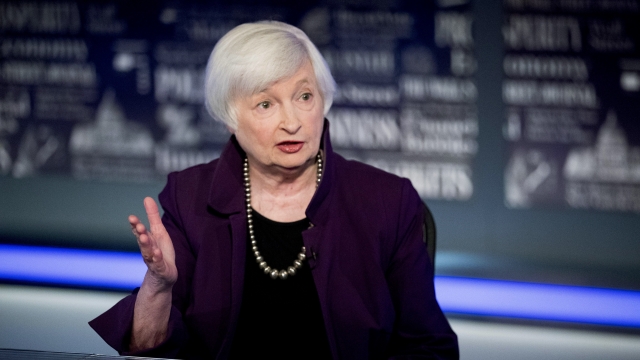 SMS
Treasury Sec. Yellen Says Spending Won't Impact Inflation
By Robin Dich
By Robin Dich
May 3, 2021
There are some worries that low interest rates amid COVID-19 and potential spending from President Biden's proposals could speed up inflation.
SHOW TRANSCRIPT

She said it's because the plans would spread over 10 years.

"The Federal Reserve has the tools to address inflation should it arise, we will monitor that very carefully. We're proposing the spending be paid for and I don't believe that inflation will be an issue, but if it becomes an issue, we have tools to address it," Yellen said. "These are historic investments, I think we'll need to make our economy productive and fair."

There are some worries that the Federal Reserve's low interest rates during the pandemic and the potential trillions in spending on President Biden's proposals could speed up inflation.

The GOP's counterplan is worth $600 billion.