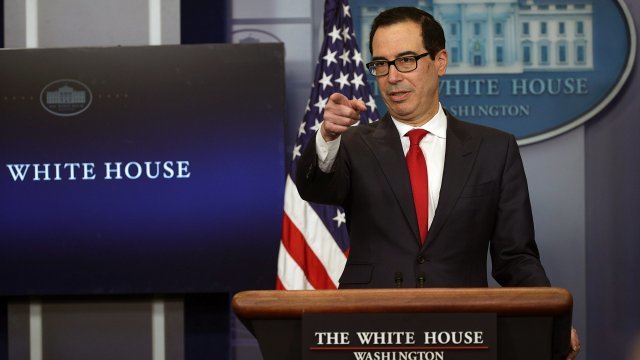 The move is part of the recently passed GOP tax plan. It's expected to produce more take-home pay for workers.

Treasury Secretary Steven Mnuchin said, "We estimate that 90 percent of wage earners will experience an increase in their take-home pay."

Democrats accused Republicans of under-withholding so taxpayers will see increases in their checks ahead of midterm elections but argue working Americans would in turn owe more when they file next year.