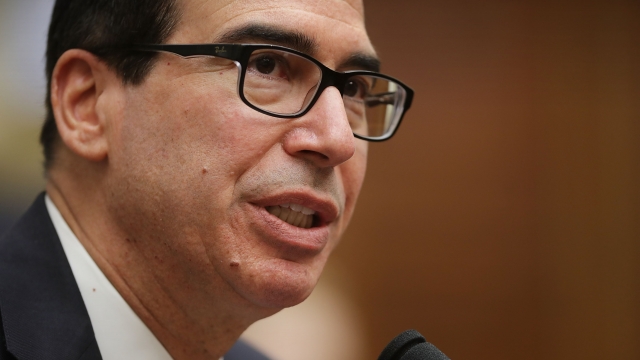 The deadline was Wednesday. In a letter to the chairman of the Ways and Means Committee, Mnuchin said: "The Committee's request raises serious issues concerning constitutional scope of Congressional investigative authority."

The chairman, Democratic Rep. Richard Neal, said he is going to send a follow-up request this week. Last week, Neal requested President Trump's personal tax returns from the last six years and his tax returns from eight of his businesses. He gave the IRS until April 10 to hand them over.

During a hearing Tuesday before the House Financial Services Committee, Mnuchin said Trump got elected without his tax returns being released.

"They made individual decisions," Mnuchin said. "I would just also like to say there is a requirement for presidents to have financial disclosure. I believe that this president has complied with that, as with other people. And the general public when they elected President Trump made the decision to elect him without his tax returns being released."

President Trump has repeatedly refused to release his tax returns since he took office. He said he wouldn't reveal his tax returns until he is no longer under audit by the IRS. That's despite the IRS Commissioner saying there's no rule against releasing your tax returns if you're under audit.

The battle will most likely end up in court.