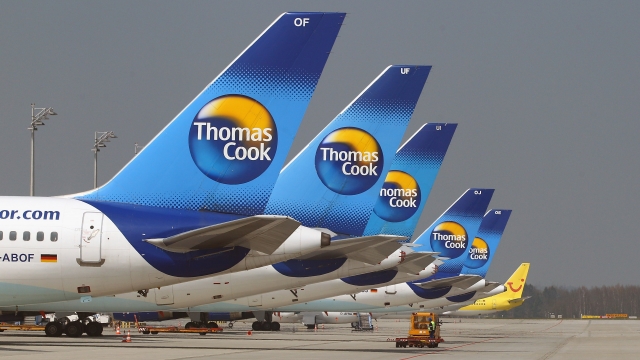 Hundreds of thousands of travelers were left stranded around the globe after British tour operator Thomas Cook went out of business.

Thomas Cook said in a statement Monday it had no choice "but to take steps to enter into compulsory liquidation with immediate effect." The decision was made after the 178-year-old company failed to secure rescue funding from its lenders.

The U.K.'s Civil Aviation Authority said it has launched a repatriation program to bring more than 150,000 British travelers home. It will be the largest peacetime repatriation effort in the U.K.'s history. Other countries are working to help stranded vacationers as well. About 600,000 people were traveling with the company at the time of its collapse.

Thomas Cook ran hotels, resorts and airlines for 19 million people a year in 16 countries. But it was weighed down by years of debt and hit hard by other factors, like online competition and the changing travel market.