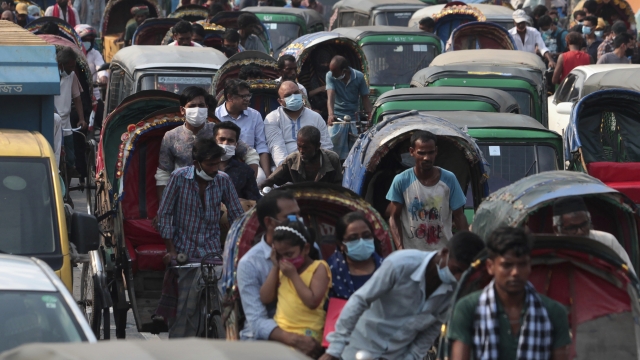 SMS
New Travel Restrictions Begin As India's COVID-19 Crisis Continues
By Jay Strubberg
By Jay Strubberg
May 4, 2021
The Biden administration's policy bans most travel from India to the U.S. as the country deals with a rapidly growing number of cases and deaths.
SHOW TRANSCRIPT

The policy bans most travel from India to the U.S. with some exceptions. For one, it does not apply to Americans.

In its decision, the White House referenced India's rapidly growing caseload and the spread of new, more contagious variants.

Half of India's 20 million infections have been reported since December. More than 3,400 deaths in the past day alone and oxygen is in dire need.

Despite being a big vaccine producer, India's own rollout has been troubled. Just over 2%t of its population is fully vaccinated.

A doctor there said people also let their guard down.

"People were not that serious after the decrease in the first year number of patients and there were a lot of people who were roaming around," Dr. Sushil Mandhaniya said. "There were a lot of parties and the functions which are going and guards were down. Masks were not used, code protocols were not followed, so I think this might be the reason for increasing the southern surge of the patients."