The Evolution Of Trump's Travel Ban 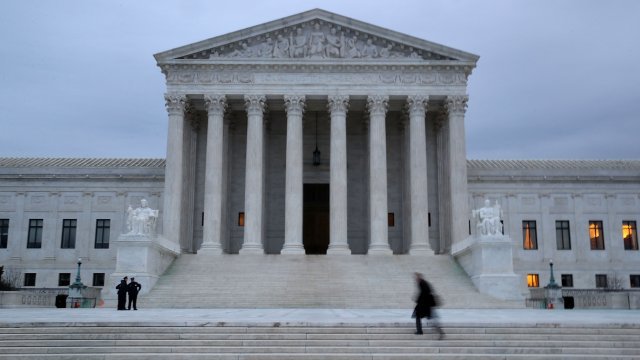 The Supreme Court upheld President Trump's travel ban Tuesday. But the policy it ultimately ruled on isn't exactly the same one the president first announced back in January 2017.

The original ban prohibited people from Iraq, Iran, Syria, Yemen, Libya, Sudan and Somalia from entering the U.S. for 90 days; put a pause on the U.S. refugee resettlement program for 120 days; suspended the resettlement of Syrian refugees; and cut the number of refugees that can be accepted into the U.S. to 50,000.

The ban was immediately met with nationwide protests and several legal challenges, leading the White House to make a few changes. This time, the administration consulted with lawyers — something it didn't do the first time around. As a result, a new ban was born featuring a number of revisions that took Iraq off the list of prohibited countries, allowed those who already have a valid visa to come to the U.S., and rescinded the suspension of a Syrian refugee resettlement program. Notably, the second version also eliminated the portion that gave preference to Christian refugees from the Middle East — a provision that encouraged the term "Muslim ban."

Last June, the Supreme Court allowed part of the ban to take effect and agreed to hear the administration's appeals to several courts blocking it. Months after that, a third version of the ban was introduced, adding Chad, North Korea and Venezuela to the list of countries, though Chad was eventually taken off. It was this draft of the ban that the Supreme Court said it would hear a challenge to. 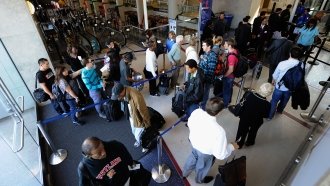 After the decision was handed down Tuesday, the president said in a statement that it's "a tremendous victory for the American People and the Constitution." He added, "This ruling is also a moment of profound vindication following months of hysterical commentary from the media and Democratic politicians who refuse to do what it takes to secure our border and our country."

There's been plenty of backlash to the ruling from Democrats on Capitol Hill. Senate Minority Leader Chuck Schumer wrote on Twitter that "This is a backward and un-American policy that fails to improve our national security." In a statement, Congressman Keith Ellison of Minnesota said the ruling "gives legitimacy to discrimination and Islamaphobia."