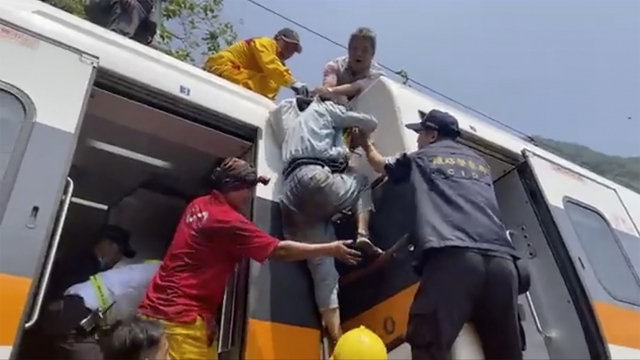 A train crash in eastern Taiwan today has killed at least 48 people and injured dozens of others.

Nearly 500 passengers were on board when a work site truck slid downhill onto the track, hitting the train and causing it to derail.

Some survivors had to escape by walking on the roof of the damaged train, which had partially exited a tunnel.

The accident coincided with the start of a long holiday weekend in Taiwan, and is the worst to happen on the island in decades.