Soybeans Are A Huge Casualty In The US-China Trade War 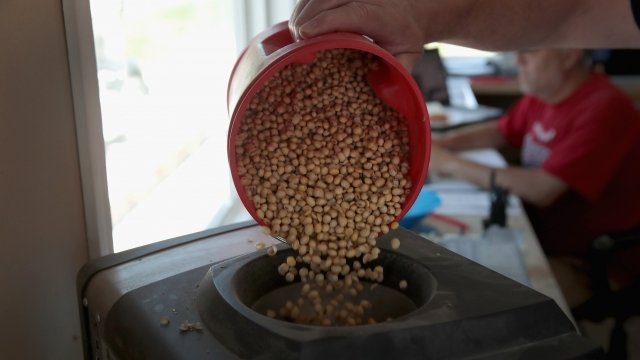 By Evan Thomas
November 6, 2018
The annual soybean harvest makes up about 30 percent of U.S. crop value. Thanks to the ongoing trade war, much of it could spoil before it sells.
SHOW TRANSCRIPT

Back-and-forth tariffs between the U.S. and China could have a huge impact on U.S. agriculture. The trade war is on track to seriously set back soybeans, one of the nation's biggest cash crops.

Until recently, China had taken in more than half of annual U.S. soybean exports to make animal feed and soybean oil. But The New York Times reports Chinese tariffs on U.S. soybeans have driven sales down 94 percent since this time last year.

The USDA says soybeans made up almost half of major U.S. crop acres last year and almost 30 percent of U.S. crop value. Now, most of it is sitting in expensive piles with almost nowhere to go. 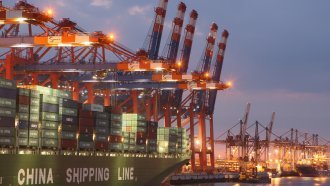 The China-US Trade War Might Go Beyond Tariffs Soon

The U.S. still has soybean buyers like Canada and Mexico. And in August, the Trump administration announced up to $12 billion in farm subsidies. But neither has been enough to cover the gap from China's lost business.

In the long term, these tariffs could damage U.S. farmers far more than a single spoiled harvest. China has already turned to other big producers like Brazil for its beans, and some analysts worry demand could stay there even after a trade war ends.