Solar Energy In US Faces A Cloudy Future 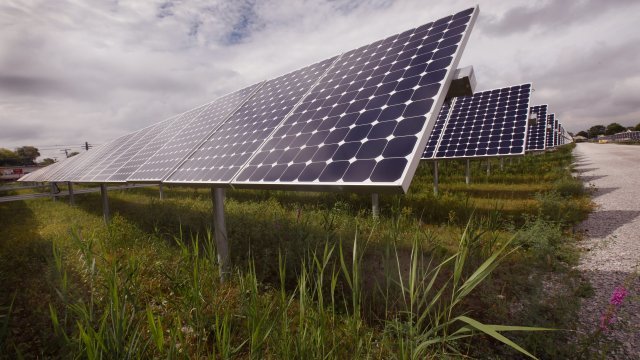 A win for fair trade could cause potential big losses for the U.S. solar energy sector.

The ruling's a response to a petition from two U.S.-based solar manufacturers — Suniva and SolarWorld Americas — that said imports of solar products were driving them out of business.

The decision could lead the U.S. to impose tariffs on certain solar productions globally. That's something Suniva and SolarWorld support, but not everyone in the solar energy field shares the sentiment.

One of the largest U.S. solar trade groups and at least four U.S. governors say they're against imposing tariffs. They argue an increased cost of imports would decrease solar installations by 50 percent within two years. 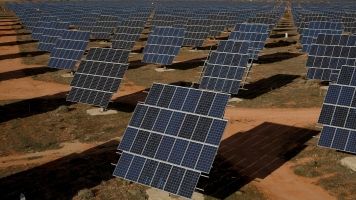 The ultimate decision rests with President Trump, who is known for pushing "America First" policies.

"Every decision on trade, on taxes, on immigration, on foreign affairs will be made to benefit American workers and American families. We must protect our borders from the ravages of other countries making our products, stealing our companies and destroying our jobs," Trump said during his inauguration speech.

While Trump hasn't taken a stance on the case, his support for the coal industry and vocal distaste for certain free trade deals has some in the solar industry fearful.

One thing working in their favor is Trump's support of American job growth. The number of workers in the solar industry grew by 25 percent in 2016.

The industry also generated more than $80 billion to the country's GDP last year, according to the nonprofit, nonpartisan Solar Foundation.

The trade commission has until Nov. 13 to send Trump its recommendations.