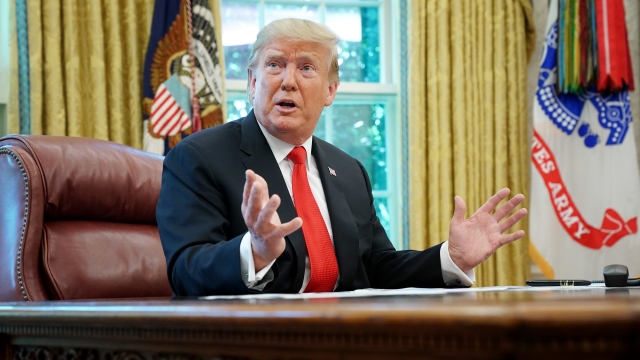 The National Foreign Trade Council announced the formation of the Tariff Reform Coalition. It's made up of large trade associations from a variety of industries, including auto, tech and agriculture.

The coalition sent a letter to two Congressional committees, asking for a "robust Congressional" review of the administration's trade policies and any future tariffs.

The groups said the Trump administration's tariffs have adversely affected manufacturers, producers and retailers. It warns the consequences of the policies "could have even more sweeping effects throughout the economy."

Some lawmakers have proposed bills to restrict the president's authority on tariffs, including one that forces him to get Congressional approval. That legislation would also clarify the definition of "national security," a reason the administration has used to justify these taxes.

Tariffs have been an integral part of President Trump's trade wars. While he says countries such as China pay for the tariffs, that's not true. American companies incur those costs, which are often passed down to U.S. consumers.

The Trump administration has plans to hit China with tariffs on up to $550 billion of goods. It's also locked in trade battles with allies such as the European Union, which include threats of tariffs from both sides.