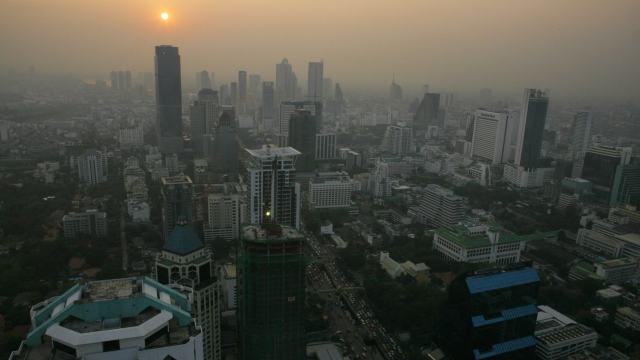 SMS
Toxic Smog In Bangkok Forces Schools To Close For Rest Of The Week
By Katie Cammarata
By Katie Cammarata
January 30, 2019
Over 400 public schools in the city will be closed at least until Monday. From there, officials will decide if the closures need to be extended.
SHOW TRANSCRIPT

Toxic smog in Bangkok has forced schools there to close for the rest of the week.

Over 400 public schools in the city will be closed at least until Monday. From there, officials will decide if they need to keep the schools closed for longer.

Thailand's Prime Minster Prayuth Chan-ocha urged Bangkok's governor to close the schools so the smog has less of a health impact on children. He said the government will "proceed with special control measures to reduce the amount of dust."

Multiple news outlets report vehicle exhaust, construction and pollution from factories have contributed to some of Bangkok's worst-ever air pollution levels, which are caused by ultra-fine dust particles.

Authorities have tried to clear the air by seeding clouds to cause rain and spraying down streets. They've even gone as far as asking people not to burn incense or light fireworks during upcoming Lunar New Year celebrations. But so far, it hasn't made much of an impact.