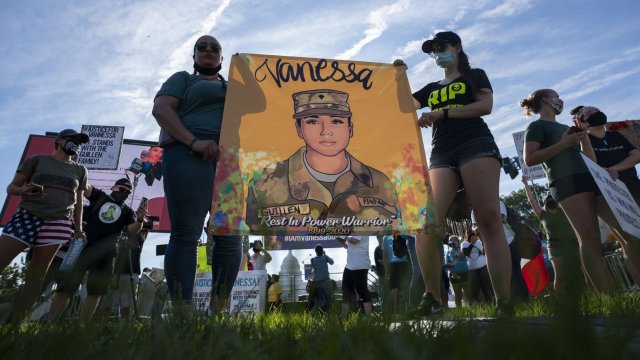 The battle for for compensation for military sexual assault survivors has made its way to the steps of the U.S. Capitol.

The family of Army Spc. Vanessa Guillen, the soldier sexually harassed and murdered at Fort Hood in 2020, is pushing for new compensation options for survivors of sexual assault.

Mayra Guillen has been very outspoken about the injustice her sister endured while serving in the Army.

She and her attorney Natalie Khawam are working with members of Congress, including Sen. Kirsten Gillibrand and Rep. Jackie Speier, to promote adding an amendment to the National Defense Authorization Act.

Right now active-duty service members have no recourse for matters of sexual assault or misconduct.  But amendment 3870 would create a formal complaint process  for victims of sexual assault and their families to file a claim seeking financial compensation.

Amendment 3870 could be up for a vote this week. If it passes, service members who are victims of sexual misconduct will be able to immediately start filing claims against the government.