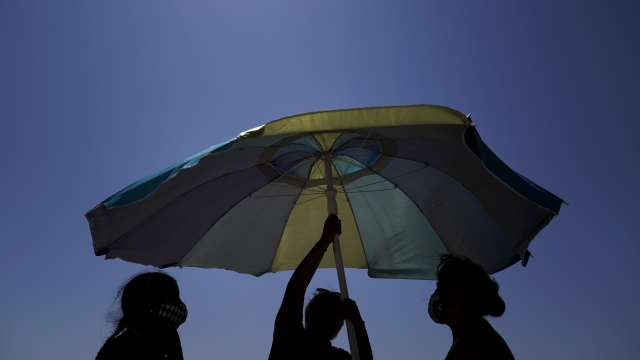 Numbers from Labor Day weekend show some slight signs of improvement in the travel and tourism industries even amid the coronavirus pandemic.

The TSA reported its busiest day at airports since March, screening more than 968,000 passengers Friday.

But only an estimated 14 percent of hotel rooms nationwide were booked for the holiday, down 65 percent from last year.

Officials in Florida are emphasizing safety as they try to attract visitors from areas within driving distance.

"This weekend will show tourists what we have going on here in this county that we are following all the highest standards," Indian Rocks Beach, Florida, Mayor Cookie Kennedy said.

In California, some beaches are closed or have restrictions in an effort to curb spikes of COVID-19 cases, though business owners in areas that are open remain hopeful.

"Usually Labor Day weekend is a good weekend in general because it's the last weekend in summer, so a lot of people will stop by and come in," said California boutique owner Sophia Tolle. "So we're hoping this year would also be a strong one."

"We can use Labor Day to take the day off," said Jennifer Nuzzo, an epidemiologist at Johns Hopkins Center For Health Security. "Unfortunately, the virus doesn't."