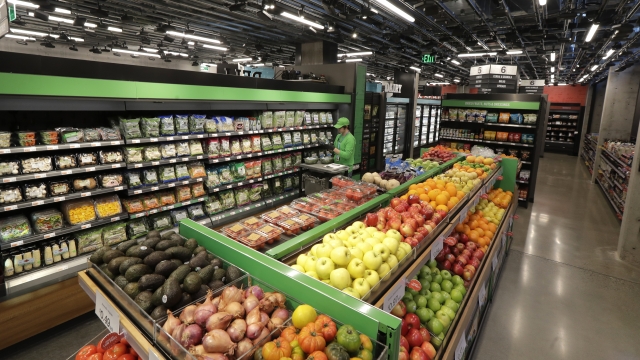 On Friday, Federal Judge Beryl Howell granted a preliminary injunction on new rules that would raise the bar for able-bodied adults' SNAP benefits.

An effort by the Trump administration to make it harder for hundreds of thousands of Americans to get food stamps has suffered two setbacks. A federal judge has blocked the rule and a coronavirus relief bill reportedly suspends the tougher standards.

On Friday, Federal Judge Beryl Howell granted a preliminary injunction on new rules that would raise the bar for able-bodied adults using the Supplemental Nutrition Assistance Program, or SNAP. The new requirements were supposed go into effect April 1.

Currently, those under 50 without dependents who don't meet work, school or job-training requirements can only receive SNAP benefits for three months. But many states with high unemployment have been able to waive those time limits. The new rules would have made it harder for those states to extend benefits.

Howell wrote in her ruling that, "Especially now, as a global pandemic poses widespread health risks, guaranteeing that government officials at both the federal and state levels have flexibility to address the nutritional needs of residents and ensure their well-being through programs like SNAP, is essential."

Meanwhile, the New York Times reports that the tougher measures would be suspended under the coronavirus relief bill negotiated by the Trump administration and passed by the House. People could become even more vulnerable as the United States starts to see its first wave of layoffs and hiring freezes due to coronavirus.

Reports show various industries, including travel, entertainment and food, are starting to be affected by a slowdown caused by the coronavirus. With fears of the virus spreading, more people are staying home and aren't spending money.