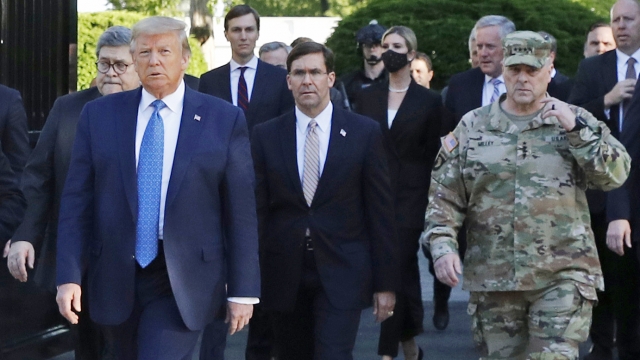 Last week, Milley and other top officials joined President Trump in a walk to St. John's Episcopal Church for photos after police used teargas to clear mostly peaceful protesters from the area.

Attorney General William Barr has said here was no connection between dispersing protesters and the president's appearance at the church, where he posed holding a Bible.

Milley said in a pre-recorded commencement address released Thursday that he "should not have been there."

He said, "My presence in that moment and in that environment created a perception of the military involved in domestic politics. As a commissioned uniformed officer it was a mistake that I've learned from, and I sincerely hope we all can learn from it."

The chairman of the joint chiefs of staff also said that the protests sparked by the death of George Floyd speak to "centuries of injustice toward African Americans."