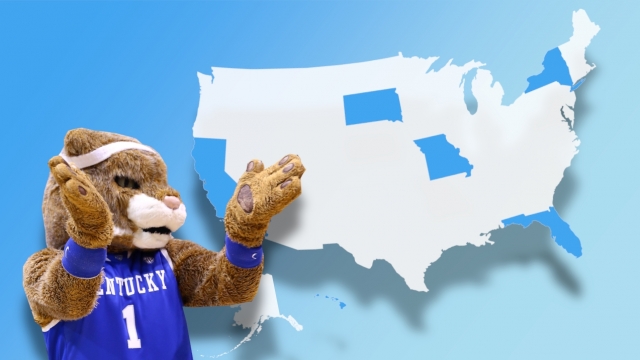 Did you pick Michigan State to win it all? Here are three March Madness bracket-picking methods that might've resulted in a different outcome.

Filling out March Madness brackets can be stressful. Whom do you pick? Do you go with a first-seed team to win it all, or is there a potential Cinderella team you really believe could go far? Or do you go with Michigan State to win the whole thing only to have them lose in the first round? Here's the thing: The chances of filling out a perfect bracket is 1 in 9.2 quintillion. So while we're a little late to the party for this year's bracket, we're here with three much more fun methods you can use next year when determining what team will come out on top in college basketball.

First up: mascots! And try to think beyond which mascots would win against each other in a fight.

Perhaps there are multiples of a mascot. For instance, this year features four schools that all have a wildcat as their mascot.

Or you could go with a type of mascot — like birds. Kansas, Saint Joseph's and Florida Gulf Coast all utilize mascots of the feathered variety.

And if you end up wanting to go with the truly bizarre mascots, might we suggest going with WuShock from Wichita State or Otto the Orange from Syracuse if their teams make it to the NCAA tournament again?

Next, the NCAA is all about alliteration — think March Madness, Elite Eight, Final Four — so why not use a trick out of its own playbook to pick your winners?

You, of course, have teams with alliterations in their names, like the Buffalo Bulls and the Pittsburgh Panthers.

Or if you have quite a bit of spare time on your hands, you could take things a step further by going with teams whose players have alliterative names.

Our favorite from this year is probably Scoochie Smith, who plays for the Dayton Flyers.

Or finally, why not look at each team's location?

The most obvious is to probably select your winners by where you want to live.

But why not get really creative and pick your teams based on when their states were admitted to the union?

This year, four teams came from Pennsylvania, which was the second state to be admitted, in 1787 — and as a second-seed team, Villanova stands a decent chance to go far.