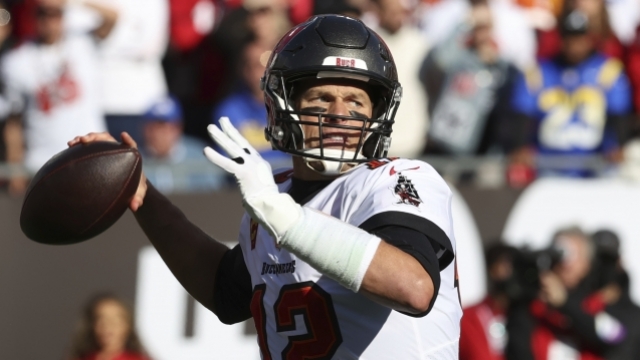 The greatest of all time will now add another title to his record — Tom Brady will become the oldest starting quarterback in NFL history after he turns 45 this summer.

"These past two months I've realized my place is still on the field and not in the stands," Brady wrote.

And he's not alone. Remember Michael Jordan? How about Brett Favre? Magic Johnson?  They're all sports greats who came back after retirement.

"If it's Michael Jordan, or if, you know, these other athletes, I think for them, it's more about the competitiveness, which is more of that internal motivation to want to go out there and see if I can still perform at a high level not to impress others, but to impress myself," Kimball said.

While Tom Brady isn't your common regretful retiree, it's a common emotion.

A poll by CareerBuilder of people who don't make millions throwing a football found a third of retirees have considered going back to work amid the labor shortage.

But Kimball says Brady is not your typical retiree.

"This is on like, a whole other level," she said. "If your college professor decides to come back, it's not going to make national news."

And the Tampa Bay Buccaneers are not letting the moment go to waste. They've made multiple posts celebrating the return of The GOAT.