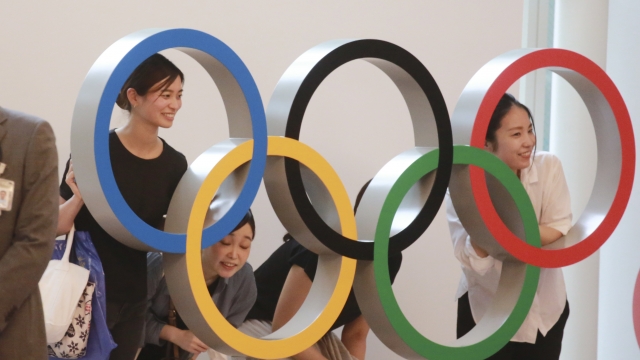 Fans were banned from the pandemic-postponed Tokyo Olympics which will open in two weeks, Tokyo Governor Yuriko Koike said after meeting with IOC and Japanese organizers on Thursday.

The ban came hours after a state of emergency in the capital starting from Monday, declared by Japanese Prime Minister Suga Yoshihide to contain rising COVID-19 cases.

The twin decisions have turned the Olympics into a made-for-TV event in a decision pushed by the Japanese government and supported by the International Olympic Committee.

Fans from abroad were banned months ago, and the new measures will clear venues around Tokyo — indoor and outdoor — of any fans at all.

The emergency declaration made for a rude arrival in Japan for IOC President Thomas Bach, who landed in Tokyo on Thursday just hours before the new measures were announced. He was to spend three days in self-isolation at the five-star hotel that lodges IOC members.

Suga said the state of emergency would go into effect on Monday and last through Aug. 22. This means the Olympics, opening on July 23 and running through Aug. 8, will be held entirely under emergency measures. The Paralympics open on Aug. 24.

The Olympics are pushing ahead against most medical advice, partially because the postponement stalled the IOC’s income flow. It gets almost 75% of its income from selling broadcast rights, and estimates suggest it would lose $3 billion to $4 billion if the Olympics were canceled.

About 11,000 Olympians and 4,400 Paralympians are expected to enter Japan, with tens of thousands of officials, judges, administrators, sponsors, broadcasters, and media also entering. The IOC says more than 80% of resident of the Olympic Village will be vaccinated.