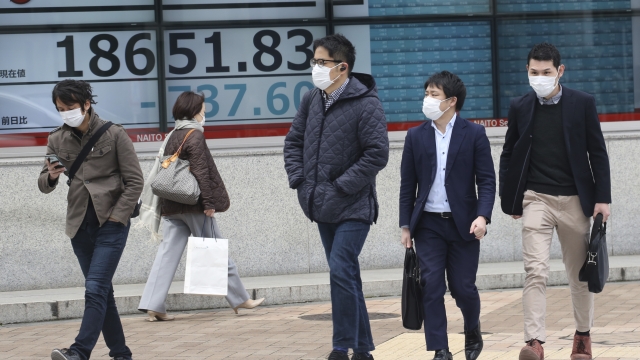 Just days after the Tokyo Olympics was postponed until next year, Japan's capital reported a record spike in coronavirus cases.

The International Olympic Committee said the 2020 Games, which were scheduled to open in just a few months, would be pushed back to July 23, 2021.

Prior to the postponement, Japan seemed to have infections largely contained, despite rapid spread in countries nearby. Then on Sunday, Japanese public broadcaster NHK reported 169 new coronavirus cases had been confirmed — and a record 68 of them were in Tokyo.

He said: "I'm aware that some people suspect Japan is hiding the numbers, but I believe that’s not true. If there is a cover-up, it will show up in the number of deaths."

Abe said Saturday the government is working on an "unprecedented" stimulus package to aid the country's ailing economy, which is the third-largest in the world.

According to data from Johns Hopkins University, as of Monday, Japan had nearly 2,000 confirmed cases of the virus.