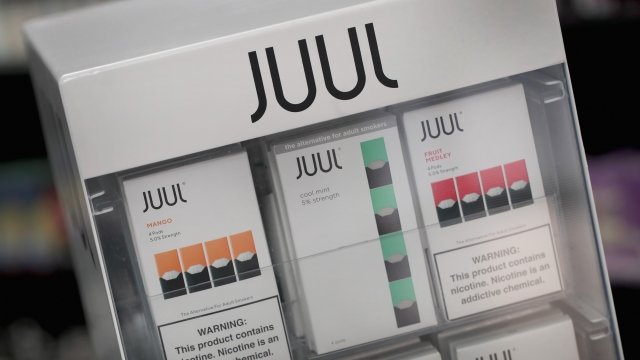 A tobacco giant will invest nearly $13 billion into electronic cigarettes. The e-cig company Juul announced Thursday it agreed to sell 35 percent of its shares to Altria, the maker of Marlboro cigarettes and a subsidiary of Philip Morris. The New York Times reports the company boards approved the all-cash deal late Wednesday.

Juul claims its mission is to improve the lives of adult smokers by providing an alternative to combustible cigarettes. The e-cig company recognized in a statement its deal with the investor is "seemingly counterintuitive" to that goal.

The CEO of Juul said in a press release, "We understand the controversy and skepticism that comes with an affiliation and partnership with the largest tobacco company in the US. We were skeptical as well." But he goes on to say that the partnership will aid Juul's mission of helping adults switch from combustible cigarettes.

While fewer adults are smoking cigarettes, new data shows more minors are vaping. The FDA recently cracked down on the sale of electronic cigarettes to people who are underage. New data shows an almost 80 percent increase in high schoolers vaping from 2017 to 2018.

Juul said it never meant to sell its products to kids, and that it has implemented new measures to try to prevent underage vaping.

This comes just weeks after Altria agreed to buy a 45 percent stake in a Canadian cannabis company for $1.8 billion.