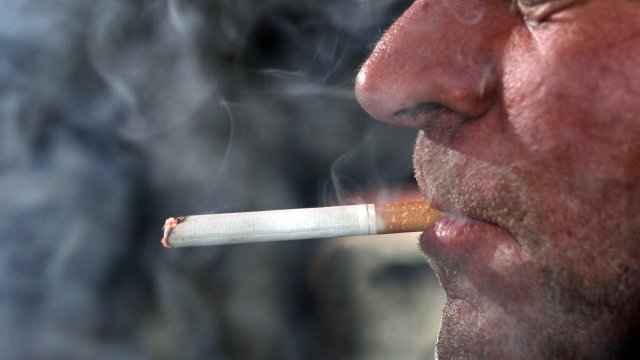 SMS
Get Ready For Big Tobacco To Tell You How Deadly It Really Is
By Ryan Biek
By Ryan Biek
November 26, 2017
After 11 years of appeals, major tobacco manufacturers are finally going to air court-ordered commercials detailing the dangers of smoking.
SHOW TRANSCRIPT

Big tobacco companies like Altria, R.J. Reynolds Tobacco and Philip Morris USA are being forced to pay for advertisements that say just how harmful cigarettes are.

Under a court agreement, the cigarette makers started running newspaper ads on Sunday with TV ads coming soon after that.

The ads will appear in major outlets like The New York Times, ABC and CBS. And the tobacco companies will have to run them on TV for at least a year. 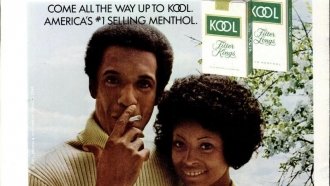 The American Cancer Society got hold of one of the TV spots. In it, the tobacco groups note "smoking kills, on average, 1,200 Americans. Every day."

Besides those facts, the ads themselves are pretty boring — though that wasn't the original plan.

A federal judge first ordered these kinds of messages in 2006. The landmark ruling said major tobacco companies deceived the public about the dangers of smoking. But the tobacco companies appealed the decision for 11 years.

In doing so, they won the right to avoid saying they intentionally lied to the public. They also don't have to show graphic images of what cigarettes can do to the body.

Some note simply holding out for over a decade has been good for the tobacco companies because more people now get news from the internet, where these ads won't be aired.