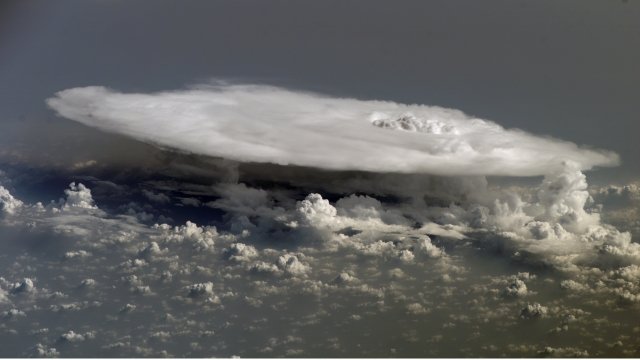 Scientists are well aware aerosols shape global climate, but they're still learning what the tiny particles can do while they float around. New research shows the finest haze of airborne pollution can lead to some of the strongest storms.

It starts in the saturated tropical air over open oceans and rainforests. The storms that form there pull heat from the oceans into the atmosphere and put the "rain" in "rainforest." They're one of the biggest drivers of the global climate, and their winds eventually collect aerosols from around the world: Particles of soot and smoke from fires and sulfates from energy emissions.

We knew aerosols can make these storms bigger, but scientists thought the smallest particles were too small to contribute. This new study suggests not only do tiny particles drive condensation like larger particles do, but when atmospheric conditions are right, they're also better at it. 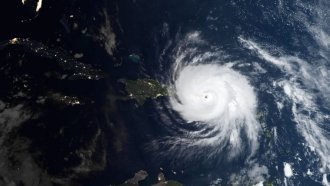 This can start a positive feedback loop. When more clouds form, it leads to more rain, warmer air and overall fiercer storms. That condensation will release more heat into the atmosphere, which creates even larger and more energetic storms the next time around.

And researchers expect today's storms are the result of years of this slow build: Fine aerosols have probably been making storms stronger since emissions started in earnest, back in the 19th century.