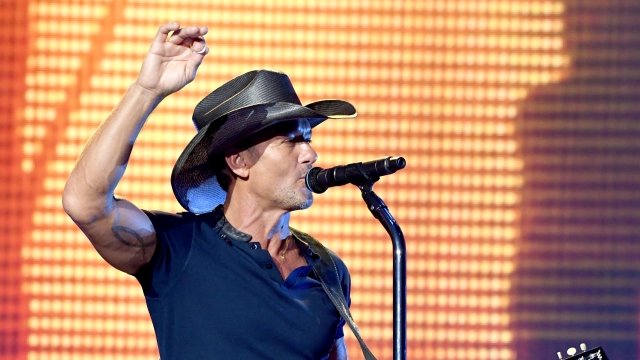 Country singer Tim McGraw collapsed on stage in the middle of a concert in Dublin on Sunday.

McGraw reportedly had just finished a song when he sat down, then "slumped to his knees as he walked off stage."

His wife, Faith Hill, can be seen in a video saying he was dehydrated and could not go back out on stage to finish the show. The crowd then started shouting, "Get well, Tim."

The concert was part of the annual Country to Country festival, which includes stops in London and Glasgow, Scotland. Dublin was the last leg of the trip.

A representative for McGraw reportedly said he will be fine.