Tillerson: The US Will Talk With North Korea 'Without Precondition' 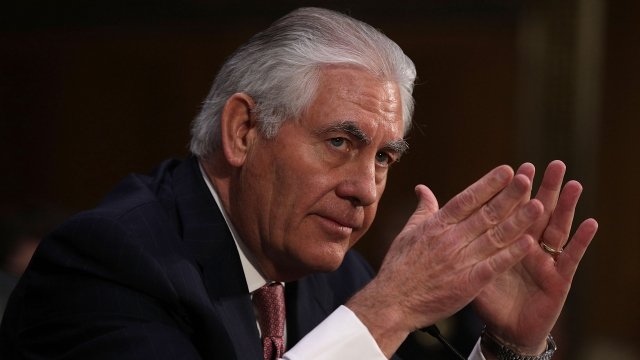 Rex Tillerson said the U.S. is willing to talk with North Korea — even if the country won't agree to give up its nuclear weapons program first.

U.S. Secretary of State Rex Tillerson said the U.S. is willing to start negotiations with North Korea — even if the country won't agree to give up its nuclear weapons program first.

"We're ready to talk any time North Korea would like to talk. And we're ready to have the first meeting without precondition," Tillerson said.

Tillerson mentioned the significantly different diplomatic approach during his speech at the Atlantic Council on Tuesday.

And he said President Donald Trump is on board with the idea.

Tillerson's comments came just a couple of weeks after North Korea's latest missile launch. Pyongyang said that missile was tipped with a "super-large" warhead and claims it is capable of "striking the whole" U.S. mainland.