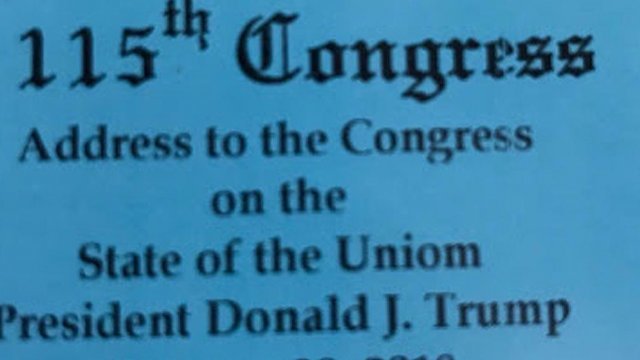 There's been a bit of a spelling snafu on tickets to President Donald Trump's first State of the Union address.

The tickets welcome attendees to the "State of the Uniom." It's a small mistake, but Politico reports it's delaying ticket distribution.

Newsy will cover President Trump's State of the Union address live Tuesday starting at 7 p.m. Eastern. The speech itself begins at 9 p.m.