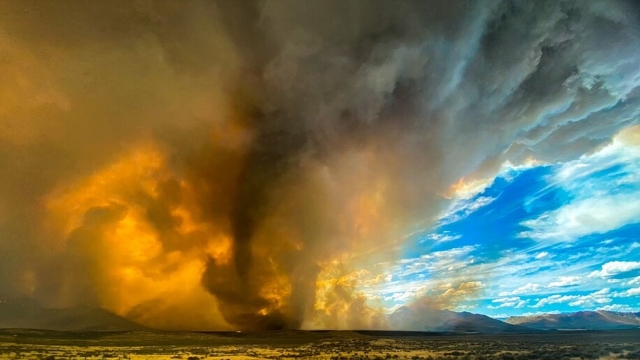 Hundreds of Californians were evacuated from their homes Sunday after a rare thunderstorm sparked several wildfires.

Firefighters said 4,500 buildings are at risk as they contend with scorching heat and unpredictable winds in the Angeles National Forest.

A similar thunderstorm in Northern California sparked small fires and knocked out power in the San Francisco Bay Area.

California's also experiencing a heat wave and massive power outages during all this. The agency that controls the state's power grid issued a statewide emergency for the first time in nearly 20 years.

Near the town of Loyalton, California, firefighters witnessed perhaps the most extreme event from these wildfires so far: a collision of a massive cloud, high winds and fire that formed a tornado-shaped spiral of flames.

Many of the state's wildfires remain largely uncontained with more strong winds still in the forecast.