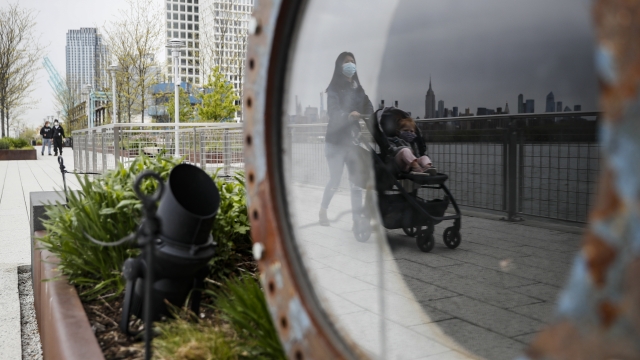 Health officials say symptoms include prolonged fever, severe abdominal pain, vomiting and rashes among several others. De Blasio said the syndrome causes an "overwhelming immune system response" which can create other health issues for the child.

It has been compared to Kawasaki disease or toxic shock syndrome and is most prevalent in school-aged children under 21.

Public health professionals elsewhere have seen an uptick in Kawasaki-like symptoms in sick children, including Chicago, Boston, Los Angeles, Italy and the UK.

New York Gov. Andrew Cuomo said the state's health department would be working with the CDC to find a case definition for the syndrome, and to determine whether all 73 cases in New York state are linked to it.