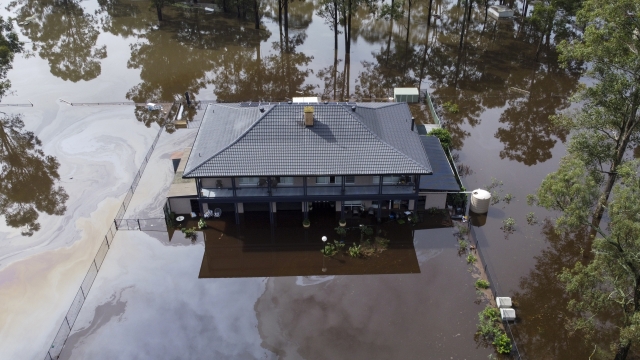 SMS
Thousands Ordered To Evacuate As Extreme Floods Hit Australia
By Newsy Staff
By Newsy Staff
March 23, 2021
More than 18,000 people have evacuated their homes and thousands more could be ordered to do the same.
SHOW TRANSCRIPT

New South Wales in Australia is experiencing some of the worst flooding it's seen in decades.

In less than a week, parts of the state have recorded two-thirds of the rain they usually see in an entire year.

Australia's prime minister said heavy rainfall in the forecast is expected to slow down by Wednesday, but the floodwaters will still be there for some time.

More than 18,000 people have already evacuated their homes and another 15,000 could be ordered to follow suit.